As Athens rose to become the intellectual and cultural center of Ancient Greece in the fifth century BC, communities of artists within the city began transforming established traditions with ground-breaking innovations.

Athenian potters dominated local and international markets, by first advancing a centuries-old traditional decorative technique and later by inventing a new one. Archaeologists and art historians have traditionally focused on the individual artifacts and artists, or links among potters based on stylistic relationships.

Now, with a new Digital Humanities Advancement Grant from the National Endowment for the Humanities, the University of Arizona’s Eleni Hasaki, leads a collaborative project with researchers from George Washington University and University of Oxford, United Kingdom which examines how Social Network Analysis can be utilized in communities of practice to help us extract a deeper meaning from previously-established stylistic relationships.

Hasaki, working in conjunction with SNA expert and ancient historian Diane Harris Cline from George Washington University, firmly believes that we can acquire a better understanding of how potters’ communities worked and how artistic ideas spread, by combining all the stylistic networks together. Their pilot project, Social Networks of Athenian Potters, conducted in Washington D.C. at Harvard’s Center for Hellenic Studies in 2019, provided proof of concept.

Hasaki, an Associate Professor of Anthropology (in the College of Social and Behavioral Sciences) and Classics (in the College of Humanities), has focused on the work of ancient Greek potters throughout her career, studying technical aspects such as potter’s wheels, ceramic kilns, and workshops, to examining the relationships between masters and apprentices in how the craft continued and spread, to geographical studies that reveal routes of commerce and trade.

Hasaki and her collaborators are now going beyond those relational ties to use big data analysis to begin mapping social networks of potters.

Hasaki’s work in Digital Humanities springs from a project she launched in 2017, funded by a College of Humanities Faculty Research Grant, “Web Atlas of Ceramic Kilns in Ancient Greece.” With over 600 entries, the WebAtlas is a first of its kind GIS database of kiln sites in Greece, covering almost five millennia, the type of big-data project that brings new context to existing discoveries.

Similarly, the new social network project will tap into foundational research from archaeologist John Beazley, whose work in the first half of the 20th century established those stylistic relationships between potters. “We’re tapping into that existing work by visually rendering what he had done and to highlight the complexity of these relationships between artists that are not immediately apparent,” Hasaki says. “That also opened up this interrelated world for more investigation.”

“Our pilot project, Social Networks of Athenian Potters, was the first time Beazley’s magnum opus has been visualized in a synoptic, comprehensive way, allowing scholars to see specific artists as well as their wider contexts,” said Harris Cline, a pioneer of SNA in the Humanities.

These communities of potters are very much rooted in tradition. Changes do come, but they come slowly. To create these stylistic shifts as seen in Athens, an artist has to carry a lot of social capital.

“What is the profile of an innovator in terms of his connections with his community of peers? It’s a lot about contextualizing the artists,” Hasaki says. “We don’t erase the individuals, but we highlight them with power the community bestows on them. The person who comes up with the technical innovation is not necessarily the one who has the social power to convince the community to be in the group of early adopters.”

The fact that the innovators themselves aren’t necessarily the ones who cause innovations to spread was eye-opening, according to Hasaki.

“We have a certain way to speak about these craftsmen, and we use the same vocabulary, whether it’s in classics or art history, that tends to highlight the individual. Here, we underscore the importance of the individuals in relationship to the role they play in the community,” she says. “That’s where the social network analysis highlights who can be a broker between several artists, who can have the social prestige and artistic mastery to not only introduce innovations, but also to persuade the rest of the community to shift.”

For example, in one generation in Athens (530-500 BC, at the dawn of the Classical Period), there were several innovations taking place, but then only one prevailed. The others had a spark, Hasaki says, but did not take hold. The direction of innovation on the next generation can be credited more to the network of influential potters than simply to individual artistic innovation. 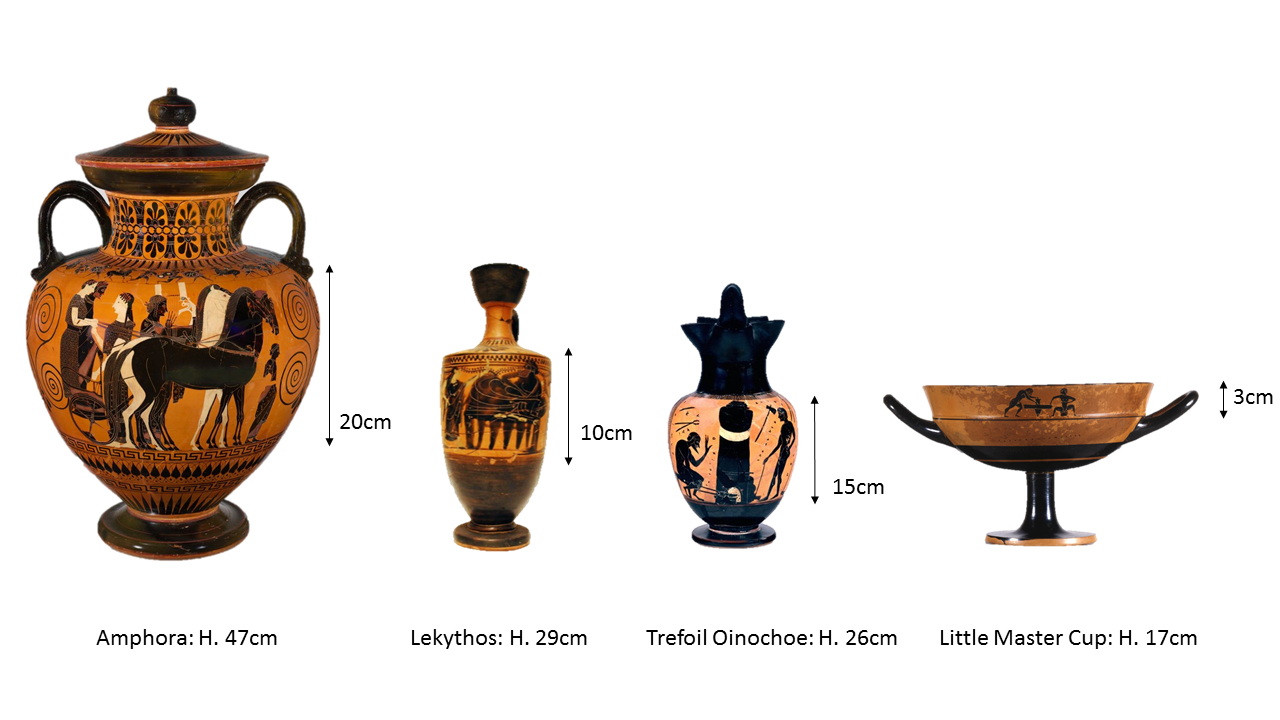 “In the big historical surveys, perhaps the promoter may take the label of innovator because he is the one who keeps talking about it, rather than the talented person in the workshop who doesn’t have the connections and the network,” she says. “When we mapped our craftsmen and the kinds of pots they paint, we started seeing that it is usually an artist of elaborate vases who typically has the economic, social, and technical status to usher in new ideas and make them take hold.”

Hasaki and her collaborators had already studied one community of potters, namely those working in what’s known as the black-figure technique, as part of their pilot project, which also received funding from the National Gallery of Art in Washington DC. Next, Hasaki and Harris Cline will expand the study to the community of potters in what replaced it, known as the red-figure technique.

“Now we are starting with the NEH grant to tackle the bigger artistic community, with more complex relationships, of potters in Athens working in their own innovative technique, the red-figure technique,” Hasaki says. “We want to complete this second, more intricate set, and then run comparisons between the two techniques, to establish if they have the same kind of connectivity, what are the profiles of the innovators and the early adopters.”

“Our early experiments with red-figure suggest that there will be many more direct ties between potters and painters who collaborated,” said Harris Cline.

The third stage will be moving the work to an accessible online database, for other scholars to begin searching with social networks of specific artists.

Classical archaeology and Mediterranean studies of antiquity in general have huge lists of data, artifacts, sites, characteristics, so the next logical step is to develop relational databases to better document the relationships between artists and processes to see things in a more holistic way, Hasaki says.

The University of Oxford maintains the Beazley Archive Pottery Database, the world's largest collection of images of Athenian figure-decorated pottery, based on Beazley’s work. Oxford’s online database contains more than 180,000 vases pained by Athenian artists. Scholars can find a vase and information about specific artists, but what’s missing currently is the ability to see these networks of artists and compare their works in a relational way.

“We are also interested in tracing the flow of the diffusion of innovations and exploring the paths through the networks for influential artists to gain attention and followers,” said Harris Cline.

“This is where we try to further develop this singular artifact or singular artist search, by introducing the more connected search,” Hasaki says. “Oxford’s work of making this available online has cut down years of trying to go to different museums. With our project, we are adding an extra layer, a panoramic view of the work of related artists. We are pushing the capacity we have with this big database, exploring the connections among artists and asking new questions.”